I’m not sure how to describe what I just read–all eleven volumes of Bokurano: Ours.  I’m really not even sure how I felt about it.

The concept is very reminiscent of Ender’s Game, except somehow… more depressing.  Fifteen middle school students find a cave one day during summer vacation and get talked into signing a contract to play a ‘game,’ which they quickly realize isn’t a game at all and has real-world consequences… real multi-verse consequences, as it turns out.

Every time we ‘win’ a battle, it turns out that an entire alternate earth is destroyed.

And worse? There’s really no point to any of it, since the pilots die the second they win. So, win you lose, and lose you lose.

And, therein lies the problem for me with Bokurono. It’s kind of unrelentingly grim. At first, I was sucked in by the individual stories of the pilots/kids before they died. Some of them are pretty interesting and I even liked a few of the kids… and then they died.

So, after a half-dozen of these, my heart started to disconnect to the story. At that point, I continued reading, hoping that there’d be a twist at the end, where we’d discover some reason for all this, or, maybe even some kind of salvation, a way to bring back characters we’d lost.

Yet… I can’t deny that the story was compelling. My library only has the ten of the eleven volumes and I considered writing a review based on those, but found myself wanting to know what happened next, to know how it all wrapped-up. So, obviously, there was something there, something compelling me forward.

But, sitting here, trying to put my finger on it… I can’t articulate it.

Baka-Updates has a little write-up about this particular mangaka and apparently a lot of his work leans towards the “the tragic spectrum and focus primarily on the vulnerability and cruelty of human beings. A recurring element throughout his works are graphic depictions of violence and sex involving children.”

Not exactly a ringing endorsement to my ears, though I do think that I was waiting for that focus on vulnerability/cruelty pathos to come to some conclusive thought, something beyond “we go on because we must.”

Do I recommend it? I’m not sure. I think it depends on your tolerance for depressive stories that don’t really leave you feeling any better about the world. This was not, I should say, as awful as the Stargazing Dog one, in terms of me hating myself after reading it, but I am not left with a particularly good feeling. I would think if you had any tendency towards depressive thoughts, you might want to shy away from this. 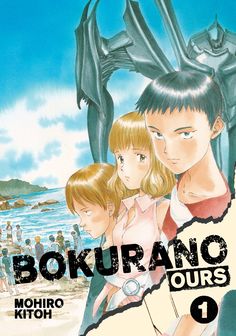