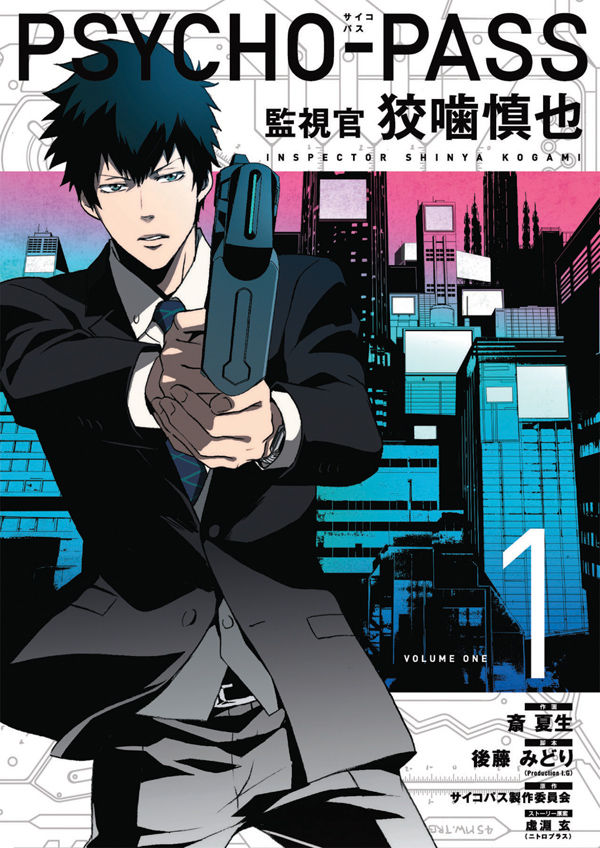 I’ve never talked about it here before because the anime is not based on a manga.  Fortunately for me, I found this prequel manga at Barnes & Noble that follows the life of Inspector Kogami Shinya: Psycho-Pass – Inspector Shinya Kogami / Psycho-Pass – Kashikan Kogami Shinya.

The thing that is interesting about this prequel  manga is a spoiler to the first season of the “Psycho-Pass” anime.

We meet Kogami in the first season as an Enforcer. Enforcers are latent criminals, people whose coefficient has risen above an acceptable range. I will explain the world in a moment, but all you have to know is that normally, Enforcers are not former cops. Kogami used to be an Inspector.

This is that story.

One of the things first attracted me to the anime was the world-building. “Psycho Pass” exists in a world where Japan is one of the few countries in the world at peace because they instituted a massive surveillance system called Sybil that can predict a person’s likelihood of committing a crime. If a person’s numbers rise above 100–for ANY reason–that person is pursued and apprehended.

Exposure to violence is one of the things that can cause your hue to darken.

As does almost any kind of stress, really.

So, the incentive to do good and reduce stress is REALLY high… and sometimes even the stress of having to be aware of how much stress you’re under can trigger a rise in co-efficiency.

Fighting crime is stressful, so the police system needs people capable of doing the dirty work.

Enter the Enforcers, a group of latent criminals ( those people with dark hues/high criminal co-efficiencies) who are tasked with hunting down the bad guys.  Seems like a good deal, except that Enforcers are completely under the command of their Inspectors. Their lives are not their own. They are forced to wear trackers, follow orders or face their own execution, and live inside a compound, which is basically a luxury prison.

Still, it’s still better than being stuck in hue jail most latent criminals go to, which is grim, or being gruesomely blown up by the Dominator guns that Enforcers and Inspectors are allowed to use to stun or kill.

Any story with a created underclass always piques my interest. It’s a similar vibe in my mind to the Tags and their contract holders in Gangsta., IMHO.

As much as I love the anime (and I just discovered that season three is available on Amazon Prime!!), I’m not entirely sure I can recommend that anyone start with the prequel manga.  A really big part of the appeal, as I said at the start, is knowing Kogami’s future.  This is an already beloved character’s descent into obsessive madness, and that kind of emotional arc isn’t nearly so satisfying on its own as it is when you know that character already as someone you sympathize with/like. 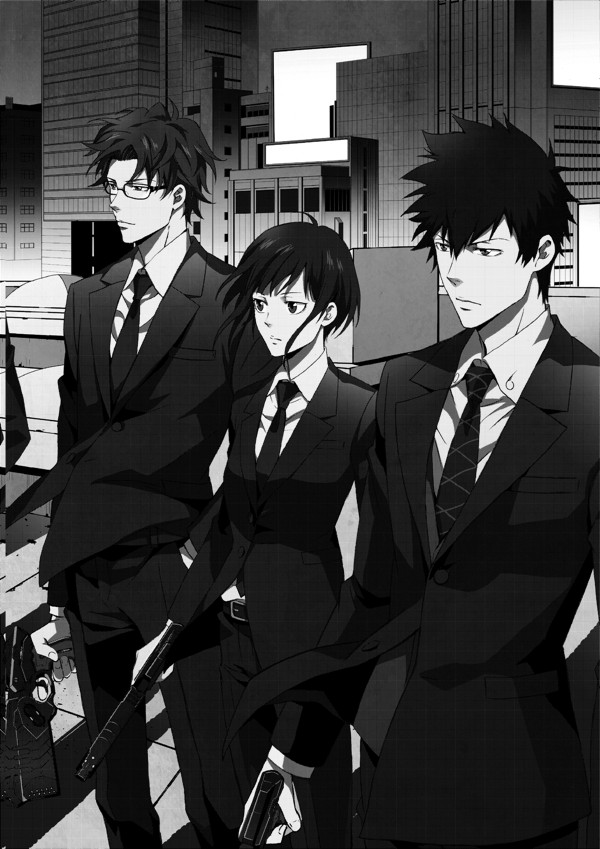