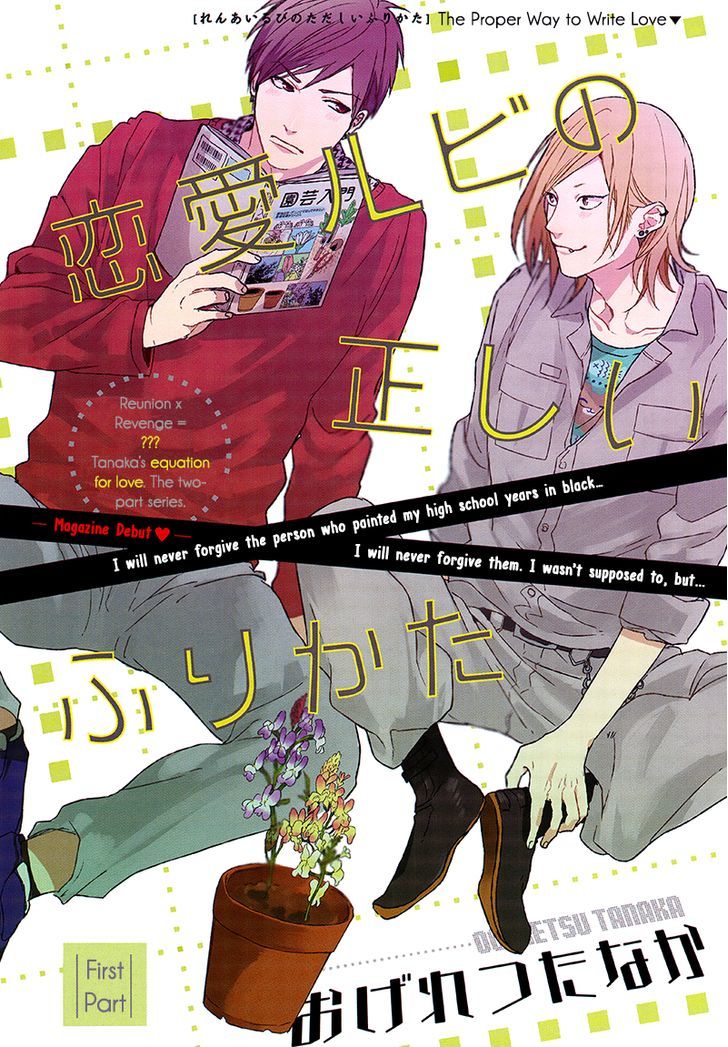 So, at the suggestion of a friend, I’m going to try listening to an Audio Drama/Drama CD. I have heard about these a lot, but, since they are in Japanese, I never really thought they’d be of much interest to me.

An audio drama (a formal description I linked to above,) is exactly what it sounds like, a kind of ‘radio show,’ though produced for individual sale. If you read manga about manga, you’ve probably at least heard about these, as they’re often considered bonus material–akin to getting an anime made of one’s manga.

At any rate, that’s the long way around explaining why I ended up reading Renai-Rubi no Tadashii Furikata/ The Proper Way to Write Love.

The manga is actually a collection of stories. The first are “Renai-rubi no Tadashii Furikata” (the titular chapters 1 and 2,) which are completed in chapter 3, “Renai-Rubi no Yarashii Furikata”/”The Sexy Way to Write Love.” The story follows Suzuki Hiromu, a nerd turned hairstylist who takes revenge on his high school “tormenter,” Washizawa Natsuo, by… (drum roll, please)…. dating him.

I also had to put “tormentor” in quotes, because, despite what Suzuki seems to think of his past, it was pretty clear to me that the attention that Washizawa was giving him was actually just awkward affection. Washizawa’s biggest crime was apparently being a delinquent and tough-looking, and so Suzuki spent his time with him feeling terrorized despite the fact that all Washizawa seemed to want was to know the names of various plants that Suzuki was caring for in the Garden Club’s garden. 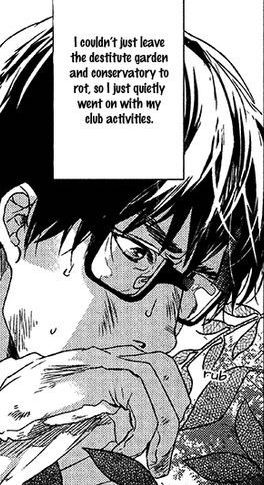 The reason this revenge plan woks, however, is because after spending high school as a plant nerd, our hero decides to become fashionable. He goes to cosmology school and becomes a hairstylist. He changes his look so much, that, when Washizawa shows up at the salon for a haircut, he no longer recognizes Suzuki. 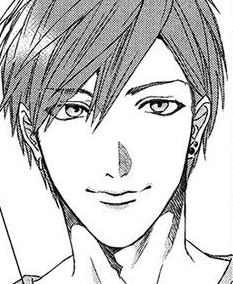 Same guy as the glasses-wearing one above.

So, when Washizawa starts coming up with reason to hang out at the salon (“Oh, you have a spa? I’ll do that!”) and finally works up the courage to ask Suzuki out, Suzuki thinks, “Finally! I will play his heart like guitar string and then pluck it out!!!” or something to that effect, cue villainous music.

And, of course, instead, he falls in love.

Washizawa is kind of dumb, but he’s not actually the least bit mean-spirited. He’s actually really quite sweet and we even discover that everyone he dated before Suzuki, looked exactly like Suzuki’s nerd persona.

So, even though the deception comes out exactly as planned and Suzuki gets his revenge, he feels like a heel about it. They make up in a very cute way over a plant that Suzuki had previously been very stingy about letting Washizawa help care for (which is a call-back to the Garden Club days.)

The second story, which starts in chapter four, is called “Hodokeru Kaibutsu” / “The Monster Falls Apart.”  This story follows a broken soul, Hayashida Kannosuke, who ends up in a f*ck-buddy relationship with a coworker after a night of drunken nomikai. The coworker, Shuuna Ayumu, is kind of turned on by Hayashida’s empty piercing holes in his ears and the implication that he was once a delinquent. Turns out, Hayashida still has a couple of piercings he keeps hidden….

At any rate, they get it on, and Shuuna gets invested. He sees a picture of a younger Hayashida smiling and becomes determined to see this dour, sour grown up smile like a kid again.

Yeah, but it turns out Hayashida isn’t smiling because he was kind of sh*t in his past–he was an abuser to a former boyfriend.

So…. it takes some convincing to flush out that smile.

And start the healing process? Though I have to give Ogeretsu-sensei credit, she does not imply that just smiling again is all it takes and, apparently, the story continues in Hadakeru Kaibutsu / The Unraveling Monster, which I have not yet read.

This story is a return to much more smutty stuff, so there’s a lot of sexy times for those who enjoy such things (like I do.) 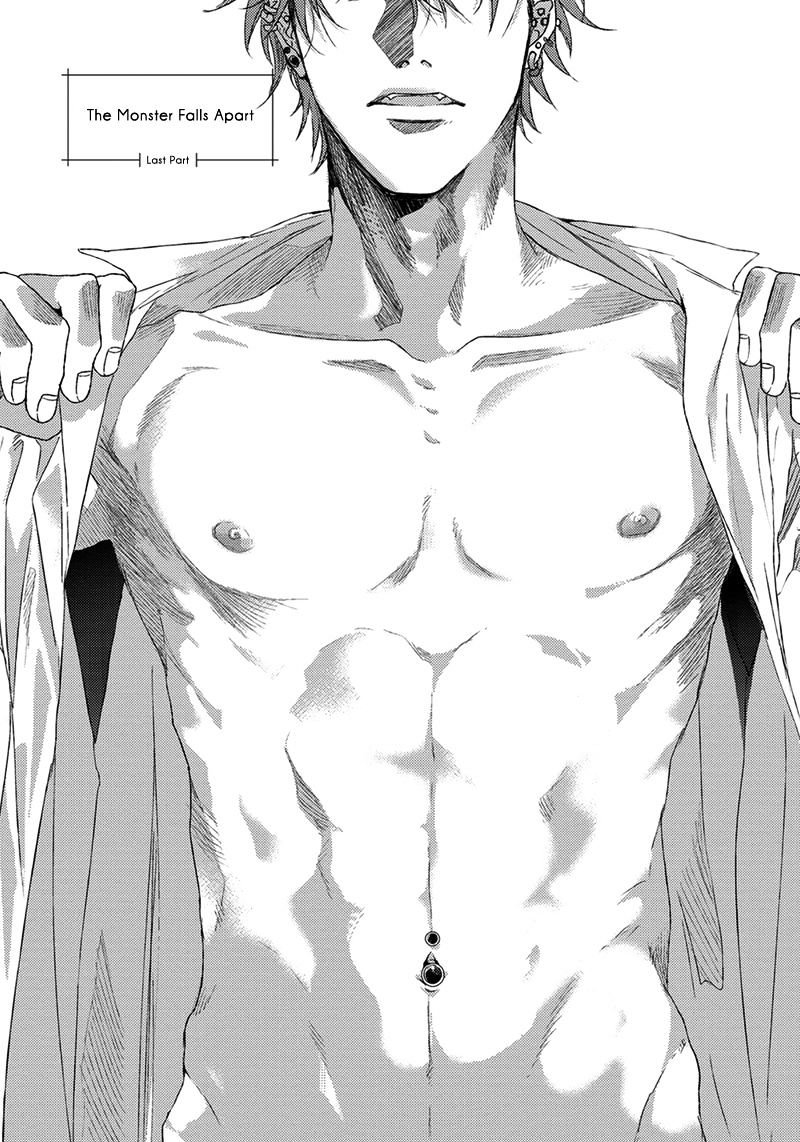 I would recommend this. It has good story and excellent art.

I’ll let you know what I think of the Drama CD!