Many apologies to my subscribers and readers for my long absence, but I have been dealing with a dying cat.  (If people ever want to follow my personal life, I joined the ranks of the great Tumblr migration and am now blogging the old-fashioned way again about life, the universe, and everything over on dreamwidth.org.)

This whole thing has been stressful and draining, so I haven’t had many leftover spoons for reading or reviewing. 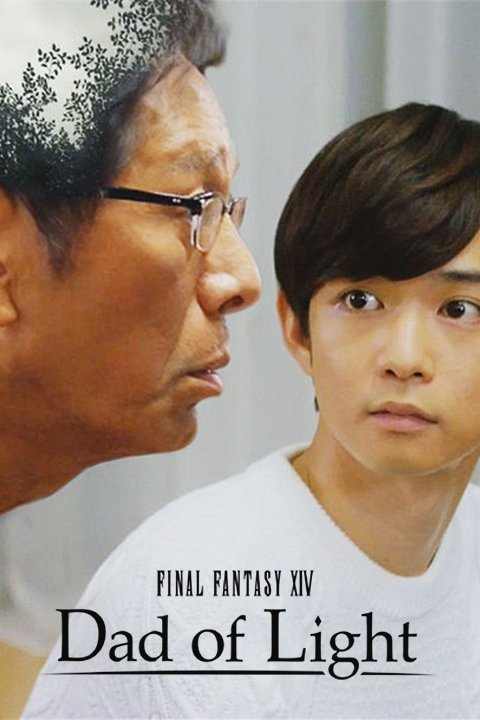 Over nine episodes, we follow a young salaryman, Inaba Aiko, as he attempts to find out why his stoic, workaholic father, Hirotaro, seemingly randomly quit a high-powered job one day. Aiko rekindles their relationship by buying his dad the latest version of Final Fantasy, the only thing that they ever bonded over, many years ago (when it was only Final Fantasy III).  They meet in-game and talk in a way that they never could in Real Life(tm), even though they’re living under the same roof.

According to TV Tropes, it’s based on a true story: “Set in their tear-jerkingly popular MMORPG Final Fantasy XIV, and based on a true story from a blog titled, Ichigeki Kakusatsu SS Nikki, under the sub-category, Project: Dad of Light, chronicled by a real FFXIV player named ‘Maidy Maidy;’ whose project garnered a grand readership following through his 9-month journey documenting his attempts to reconnect with his father through FFXIV, and whose user account was used in recreating the drama.”

The live-action miniseries adds a lot of soap opera elements, including office politics and an attempted romance. (I was weirdly pleased to see Aiko cluelessly dodge all overtures.)

There were times when I felt that there was a little too much EMOTING on the part of the actor who played Aiko, but this is a feel good story that delivers everything  you want from something like that, a.k.a ‘happy tears.’

I highly recommend it. I managed to binge it in day, but see above about the current trauma in my life. Normally, I couldn’t consume that much media in a single sitting. However, I think most people can? So, if that’s the case, 9 episodes isn’t that much of a commitment.

Also, because fans are like this, someone is translating the original blog that the movie is based on. I have to admit that I’m curious enough that I’ll probably read a few entries.

At any rate, Happy New Year!  I hope to be back to posting here a lot more regularly soon.